Which summertime activity do you prefer, grill or BBQ? Do you know the difference? 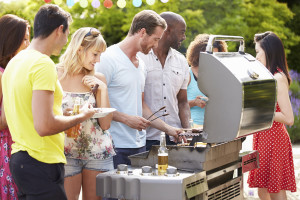 Grill and Barbeque (BBQ)–The terms are used interchangeably to describe a type of food, a way of cooking, and the typical social gathering that often occurs when food is being cooked. Other terms used in this respect are cooking out, smoking, and charbroiling. So which one is right? And what’s the difference, if there is a difference?

Grilling refers to cooking food over a direct flame, usually your “grill” or even an open camp fire. Hamburgers, hot dogs, chicken, steak and even vegetables—Grilling is fast because it sears the outside, sealing in the juices.

Sometimes known as “smoking,” barbequing takes much longer than grilling. Using a lower-level heat allows lower quality or fatty cuts of meat, like pork and brisket, to cook slowly which allows the meat to fully develop its’ flavor and become extremely tender. The meat generally has to cook several hours to fully absorb the wood smoke and give you that distinct BBQ flavor. 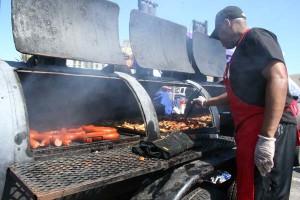 No matter which technique you prefer, grill or BBQ, they are both an art form and quite the conversation starter. Depending on which part of the country you are from, proud chefs everywhere believe their style is best. From Texas to Memphis, Kansas City, the Carolinas, Chicago to Hawaii…They all have their own style and love to compare it with the rest of the country. 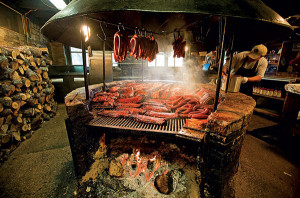